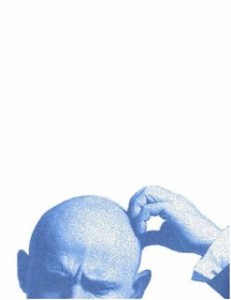 “Doubt is not a pleasant condition, but certainty is absurd.” –Voltaire

Question #21: How much of the earth is water?

Did you say somewhere between two-thirds and 75 percent? If so, you are incorrect. As John Lloyd and John Mitchinson explain in their delightful book, The Book of Ignorance, “Seven-tenths of the earth’s surface is covered by water but water accounts for less than a fiftieth of one percent of the planet’s mass.”

If it makes you feel any better more recent research suggests there may be five times as much water dissolved deep under the earth’s crust. If true, the answer may need to be revised upwards to the neighborhood of 0.1%.

In many ways our knowledge is analogous to the amount of water covering the earth’s surface. It might look substantial, indeed, it may even be the reason for our survival but there will always be so much more than we will never know.

The task then is to unlearn the false confidence which our knowledge provides and replace it with the less pleasing but, ultimately more realistic, strategy of harboring more doubt.

How can this be done?

The answer, in part, can be found in the work of Irving Janis, who in his seminal book Groupthink, outlined six methods to help individuals and groups of like-minded people to challenge the confidence of their knowledge prior to relying on it to make a difficult decisions. Specifically, Janis advised leaders to:

1. Assign the role of “critical evaluator” to everyone involved in the decision-making process so they can freely air concerns, objections and doubts;
2. Have leaders keep their opinions to themselves so as to prevent subordinates from tailoring their advice or withholding dissenting opinions;
3. Set up independent groups to work on the same problem;
4. Effectively examine all alternatives;
5. Actively solicit the opinions of outside experts; and
6. Appoint a devil’s advocate.

Janis used the Kennedy administration’s ill-fated invasion of the Bay of Pigs as a classic example of how Groupthink can lead to over-confidence in a group’s knowledge, but the global financial meltdown brought on by the sub-prime mortgage fiasco is a more recent example. Hindsight is, of course, 20/20 but if everyone in the banking and insurance industry from the CEO’s down to the government regulators and the consumers themselves (who over extended themselves) had been less certain of themselves and embraced some doubt, the outcome may have been less severe.

For example, the parties involved might have tempered their feelings of excessive optimism and pierced the illusion of the housing market’s inevitable and continuous rise if they had conducted an objective survey of alternatives and more thoroughly examined the risks. Similarly, by actively seeking outside experts, diverse opinions and engaging the services of a devil’s advocate, the involved parties may have been made aware of their biases, conducted better information searches, and spent more time developing contingency plans.

As a wise person once said, “The only thing I am certain of is that there is too much certainty in this world.” In this spirit then it would be unwise to expect that all foolish and poor decisions can be avoided in the future but they can, perhaps, be spotted earlier; be better contained; and dealt with more swiftly and effectively if people would occasionally substitute confident statements of “no doubt” with the more modest philosophy of: “To know doubt.”

Homework assignment #21: What world famous inventor said, “We don’t know a millionth of one percent about anything.” (Answer: Albert Einstein – write upside down).