Vuja De: A Futurist Looks Back at His Own Predictions 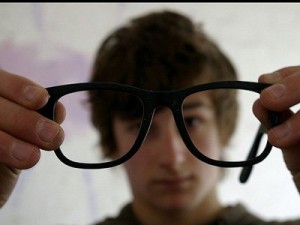 I recently traveled to Vancouver to deliver a keynote presentation to an internationally recognized engineering and construction firm. The title of my talk was “Vuja De: Using the Past to Create the Future.” (In case you’re wondering, vuja de is loosely defined as “that feeling of entering a situation you’ve been in a thousand times, but with the sense of being there for the first time.”)
Using a series of historical analogies, I reminded my rather conservative audience of how much change and innovation their own company had spearheaded in the past century.

In keeping with this theme of looking back to look ahead, I thought it would be worthwhile to review my predictions for this past year and see how things have played out and divine where the future might be headed.

Prediction #1: “Blackout Friday.” While it’s still too soon to see if this scenario plays out this Holiday shopping season, facial recognition technology is now being deployed in shopping malls in Seoul, South Korea to deliver tailored advertisements to mall patrons.

Prediction #2: “Collegiate Guarantees.” To my knowledge, no college or university has yet made this offer but the University of Texas is now seeking to create a $10,000 undergraduate degree and EdX—a consortium of sixteen of America’s top universities—are now offering free online courses along with certification—provided, of course, the students demonstrate successful mastery of the topic and pass a test to that affect. Bottom-line: If you’re sufficiently motivated, the guarantee of a quality college education is now available to you—for free.

Prediction #3: “An Augmented Political Reality App.” I missed this one but Google’s “Project Glass” offers the potential to deliver this capability soon. For the record, though, some innovative political candidates are now using augmented reality technology to bolster their campaigns.

Prediction #4: “Potty Gaming.” Although the “gamification” of potty training hasn’t arrived, gaming technology is helping train an equally difficult audience: business travellers. Airport urinals in Amsterdam are now using gaming technology. The results are promising; “spillover” has been reduced by 80 percent. The technology is also being used in innovative (and slightly more sanitary) ways to help people improve their health, reduce their insurance rates, and cut their utility bills.

Prediction #5: “Urban Crops.” Singapore recently constructed its first vertical farm and, as I explained in this earlier post, urban agricultural enterprises are springing up around the globe. Eating “local” will soon mean eating “urban.”

Prediction #6: “Paparazzi Drones.” Fortunately, the Duke and Duchess of Cambridge have not been stalked and photographed by an amateur drone, although it’s still possible. Two University of Virginia students have constructed their own 3-D manufactured flying aircraft at a cost of just $4,000. (The fact that Kate was caught sunbathing topless this summer surely has some teenage boy somewhere scheming on how to design and build a small drone for this nefarious purpose).

Prediction #7: “Virtual Grocery Stores.” OK, OK, I know I said this would happen in Washington, DC and it occurred in Philadelphia. Still, I’m counting this one as an accurate prediction.

Prediction #8: “Nano Drugs.” A near miss. I claimed the FDA would approve a new nanoparticle/magnetic drug in 2012. Instead, this technology has only moved into clinical trials and is still awaiting approval. It won’t be long, however, before your doctor can steer a drug directly into a cancer cell and eradicate it.

Prediction #9: “Networked Traffic.” As I explained recently, cities around the world are already struggling with how to regulate the new taxi apps. The good news is that it’s now easier than ever for you to quickly find an affordable lift in most major cities. The bad news is that your local bureaucrat is about to tax these services.

Prediction #10: “Phone Food Sensors.” In August, a new iPhone app delivered on this prediction and it’s now possible for you to learn if your organic fruits and veggies have been tainted or contaminated with any chemicals. Interestingly, the artificial intelligence on your iPhone (“Siri”) is about to get so good that even if you forget to test your bananas, Siri will do it for you automatically. (It’ll kind of be like having your ever-annoying “Granola-y” friend nearby to constantly remind you of what you should and shouldn’t buy.)

So there you have it. I’ll let you assess how I did. Stay tuned for my 2013 predictions. The list will be out in early December. In the meantime, here’s one interesting historical analogy that might help illuminate the future for you.

One thought on “Vuja De: A Futurist Looks Back at His Own Predictions”