Wal-Mart’s Radical Future: A Scenario from the Year 2029 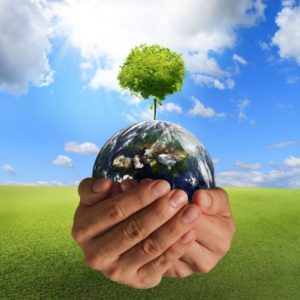 When announced at the end of 2019, the change seemed inconsequential and went largely unnoticed in the media except for a few commentators who criticized it as “typical corporate America wordsmithing.”  Within the walls of Wal-Mart, however, the flipping of its tagline from “Save Money. Live Better” to “Live Better. Save Money” marked the beginning of a transformative shift that positioned the company for an extraordinary renaissance.

The genesis for “the flip”–as it came to become known–began in late 2018 when the Center for Disease Control (CDC) announced life expectancy in America had decreased for the second consecutive year. The idea gathered momentum in mid-2019 when economic data confirmed what everyone already knew—the longest-lasting economic expansion in America history (March 2009-June 2019) had left large swaths of America behind. Ultimately, “the flip” was cemented into action at the end of 2019 after a record-breaking year of droughts, wildfires, and deadly storms devastated dozens of Wal-Mart stores and communities across the country.

Sensing a growing mood of gloom and pessimism, a small but committed group of long-time Wal-Mart leaders decided the company needed to return to the optimism of its founder, Sam Walton. However, instead of replicating his original goal of proving “large discount stores could thrive in small rural areas,” they “flipped the script” and set out to prove that “American communities could thrive where Wal-Mart stores existed.”

It took some time after the inversion of the company’s tagline, but once executives, associates, and the public began to understand Wal-Mart was committed to helping its customers–and communities–“live better” first, things began to change.

It started with a focus on wellness. In early 2020, Wal-Mart was among the first major retailers to recognize that food–and healthy eating–was the first line of defense in living a healthier–and better–life. This recognition manifested itself in making a wide range of healthy and affordable choices readily available in every store. The company also acquired a number of “health and wellness” startups utilizing everything from the latest wearable technologies to advanced genomic data. In 2022, it began leveraging next-generation 5G wireless technology to “push” preventive health care information to its customers. By the mid-2020s, the numbers of deaths attributed to obesity, diabetes and heart-related issues were plummeting and life expectancies were again increasing. A majority of Wal-Mart’s customers had also realized significant savings in the form of lower health insurance premiums.

The success in health and wellness led the company in 2023 to take a more prominent position in another long-standing epidemic–the opioid crisis. Recognizing that economic despair, especially among unemployed and underemployed males, was at the root of the problem, Wal-Mart made a concerted effort to grow the number of new jobs being created within their communities. Initially, the effort focused on supporting local farmers by purchasing locally grown food and produce whenever possible. Soon after that, the company began sourcing items from local manufacturers who were utilizing the latest advances in 3D printing technology. And eventually, Wal-Mart started to dedicate a growing amount of square footage in its stores to help freelancers, small business owners, and entrepreneurs who were making their livelihood in peer-to-peer and ”sharing economy” markets–a trend fueled in large part by the rapid adoption of blockchain-enable digital cryptocurrencies. (Ironically, the latter trend was facilitated by Wal-Mart after it announced it would begin accepting cryptocurrencies in an effort to lower prices by eliminating the high fees typically associated with the major credit cards.)

In 2024, after yet another year of record temperatures and natural disasters, Wal-Mart planted a stake in the ground and became the global leader in sustainability (as determined by the Environmental Defense Fund). It began when executive leaders recognized it was no longer enough to help those communities devastated by climate-related storms recover after these tragedies occurred; it had a responsibility to play a role–however small–in preventing them from occurring in the first place.

Wal-Mart’s “Live Lightly. Save Earth” campaign began with the company announcing it was reducing its carbon footprint to 1990 levels by 2030. This was quickly followed by the news that Wal-Mart was moving up the date by which all of its stores would be powered 100 percent from renewable energy from 2035 to 2028. Next, it electrified its entire trucking fleet, and in 2025 it mandated that all Wal-Mart stores would be “zero-waste” by the end of the decade. Together, the three policies had the added benefit of lower prices by reducing energy costs in stores; lowering transportation costs throughout the company’s supply chain; and dramatically reducing packaging and waste disposal costs.

When asked about the courage it took to embrace it’s radical new plan, Wal-Mart leadership responded by saying, “It wasn’t radical, we simply took a different path to the same destination. Wal-Mart is still saving our customers money; it’s now just giving top priority to making their lives better.

(Disclaimer: The following scenario is designed to help people envision a different future. It does not reflect any known or current plans by Wal-Mart and has not been commissioned or approved by anyone at Wal-Mart).