Will Google Insure the Future? 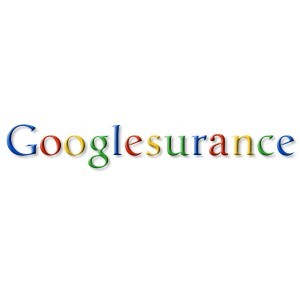 Yesterday, I addressed the Chartered Property Casualty Underwriter Society (CPCU) on the future of insurance industry. Given the advances in data analytics, the “Internet of Things,” robotics and collaborative consumption, I told them—perhaps not unsurprisingly—to expect big changes, including the possibility of new competitors.

One of the more unconventional competitors on the horizon is Google. The company isn’t in the insurance business today but if you begin piecing together its internal research and development strategy with its external acquisitions, a thinking person might conclude that it is eyeing the business.

1. Google is a leader in developing autonomous self-driving technology;
2. The company continues to pursue Project Loon—a plan to deliver high-speed Internet access to all seven billion inhabitants on the Planet Earth by 2020;
3. Late last year, the company announced the creation of Calico—a new medical company aimed at tackling the issue of aging;
4. In January, it purchased NEST (the home thermostat company) for $3.2 billion;
5. In August, Google acquired Skybox, a leading satellite imaging company;
6. Later that same month, the company announced it had been testing its drone technology in Australia for the past year; and
7. Earlier this month, it revealed it was pursuing the development of quantum computing.

Google’s leadership in autonomous driving technology positions it uniquely for the auto insurance industry because its cars will be significantly safer, while Calico, with its focus on health and wellness, suggests it could be a player in the life insurance business.

The other facets of Google’s business—global high-speed Internet access, “smart home” technology, satellites and drones—will allow it to harness the massive amount of data on people and objects around the globe. Then, using its sophisticated algorithms and powerful supercomputers and/or quantum computers, it can crunch that data to come to a much clearer understanding of risk—which is the basis of all insurance.

4 thoughts on “Will Google Insure the Future?”