First, We Kill All the Lawyers 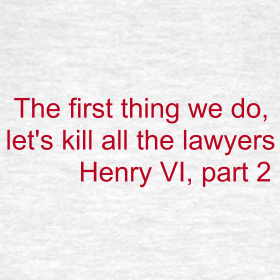 If a new lawyer could perform a specific legal service for you faster, more accurately and for less money, would you hire that lawyer?

Would you still hire that lawyer if it was a computer?

The question is a serious one and more businesses need to begin asking themselves this very question.

The Future of Legal Education