It’s Never Too Late to Unlearn 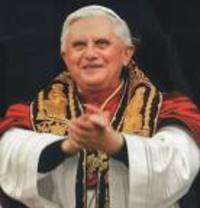 longer relegated to a life in limbo — a rather mysterious land believed to reside just outside of heaven where unbaptized babies lived in perpetual happiness but were not in direct communion with God.

Regardless of one’s religious views, I find the decision highly instructive for any institution that is attempting to unlearn a long-held belief because it demonstrates just how long it sometimes take to change. In this case, the Catholic Church held this particularly view for the last four centuries.

Interestingly, it seems that Church leaders ultimately reversed their policy because there were "reasons for prayerful hope, rather than grounds for sure knowledge" that unbaptized babies did not go to heaven.

I especially like that last idea about there not being "grounds for sure knowledge." Often, the first step in unlearning is the simple acknowledgment that you "don’t know everything."

My point is this: If the conservative Catholic Church can unlearn a centuries old policy, might there be some long held policies that you or your organization can unlearn?