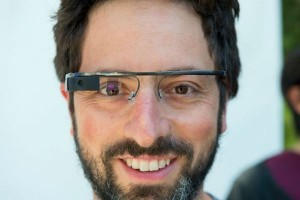 As I wrote in an earlier post, Google is only 13 years old; Facebook is a mere 8 years old; and the iPhone just turned five. Each has impacted the world in some surprising and unexpected ways. From my perspective as a futurist, Google’s “Project Glass” (which offers enhanced augmented reality as well as the ability to record things from the perspective of the wearer) may be just as transformative. Below are ten ways the technology could change how we see and interact with the world around us.

1. A Sporting Chance. Referees will use the glasses to record sporting events from their unique vantage point and will use the recordings to confirm or overturn any questionable decisions. Executives from the NFL, NBA and other professional sporting leagues and television networks will experiment with players wearing the glasses in order to give the fans at home an enhanced “player perspective” on the game. Imagine, for example, watching Aaron Rodgers throw a touchdown pass, LeBron James hammer down a thunderous dunk, or Abby Wambach head home the winning goal in the 2016 Summer Olympics through their eyes.

2. Look Ma, No Teleprompter. Soon, even city council members will come across as poised and confident as President Obama because they will have the words of their speech appear right before their eyes. Gone will be the days of note cards and even Teleprompters. A more profound effect may be that one of the public’s greatest fears—the fear of public speaking—will be a thing of the past because people will literally never be at a loss for words.

3. Home Repair Without The Visit. Computer technicians and others have been able to access (and control remotely) another person’s computer screen for some time. Imagine something similar happening in the future only the technician can view whatever product or home appliance isn’t working from the user’s perspective. Rather than trying to decipher why a frustrated parent can’t assemble his daughter’s bicycle, the technician will simply be able to guide the parent to where each and every nut and bolt goes.

5. The Doctor Will See All of You Now. As ever more medical information becomes digitized, doctors and other healthcare professionals will have a plethora of information to call up on each patient—everything from the patient’s latest x-rays and MRI’s to the notes from their past visits. This will make doctor-patient meetings far more valuable because as the physician exams each area of patient’s body a detailed display of all pertinent medical information will be displayed right before their eyes.

6. “No Glasses Allowed?” Traditional educators may eventually seek a ban on students wearing Google Glasses during the taking of tests and examinations. Proponents will counter that since students will have access to the glasses in the workplace they should be allowed to use them on examinations. The real paradigm shift for educators will occur as the device (and its competing counterparts) facilitates the movement of learning from inside the physical classroom to the broader outside world. (Imagine, for example, looking at a bird, a tree, or a historical landmark and instantly being provided detailed information on whatever object is in your line of sight.)

7. You Look Familiar. From a privacy perspective, the downside of this technology is that the glasses will not only be able to pull up information on birds, trees and historical landmarks, it’ll also be able to call up public information on individuals. This application may, however, be beneficial for aging seniors who are becoming forgetful with names, but what are the implications when police can have the equivalent of the “wanted poster” instantly pulled up whenever the glasses think it has spotted a possible criminal match?

8. Live Facebook Feeds. Up to the minute photos and videos have been posted on Facebook and other social networking sites for some time but imagine being able to view a live feed from a friend vacationing in France who is watching the world’s top cyclists race by him during the Tour de France or seeing Bruce Springsteen up close and personal from the perspective of your obnoxious friend who was able to score front row seats to the Boss’ latest concert. On a more personal level, perhaps, your wife can’t attend your daughter’s volleyball match but she can “hack” into the feed from your glasses and watch the game via—and through—your eyes.

9. Advantage, Haggler. As you browse through a retail store imagine being presented with detailed information in real-time about what other stores are charging for the same product. This information, in the hands of a confident person, should allow the user to consistently negotiate the lowest price. On the flip side, innovative retailers will seek to turn the glasses to their advantage by showing customers complimentary items that they may also wish to purchase. For instance, if a person buys a sport coat, the retailer might project the images of matching shoes and pants onto their retinal display in a not-too-subtle attempt to sell them these additional items.

10. Empathy 2.0. One of the paradoxes of today’s ubiquitous informational society is that more people are limiting their “informational diets” to sources that comport with their worldview. As a result, political conservatives tend to listen to a limited number of media outlets while political liberals do the same with their own separate sources. One possible implication of Google Glasses is its unique ability to help people see the world from another person’s perspective. For example, what is it like for a homeless person to witness hundreds of comfortably middle and upper-middle class people to ignore their pleas for spare change? What is it like to be a 19 year-old foot soldier on patrol in a danger neighborhood in Afghanistan? Or what does a classroom with 35 students actually look like from the perspective of a teacher—or the student? In the hands of innovative Google Glasses wearers we may soon find out and the result could be that all of us become a little more empathic and understanding of what it’s really like to be in another’s persons shoes

Interested in some of Jack Uldrich’s other popular posts? Check out these past articles: