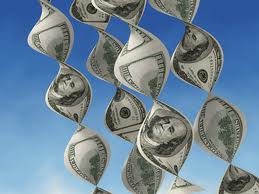 Back in 2008, I encouraged experts in the health care, pharmaceutical and insurance industries to “jump the curve” and begin contemplating the consequences of being able to sequence the human genome for $1000.

This future appears likely to arrive by the end of 2012 — a year earlier than I originally estimated.

Alas, the future waits for no one and, as this article suggests, it is now time to begin contemplating a future where it costs only “$10 to $15 to sequence the human genome.”

One tool that will likely help all us make sense of the coming deluge of genetic data is IBM’s Watson supercomputer.

Interested in other other predictions by futurist and business forecaster Jack Uldrich? Check out these predictions from the recent past:

The Disappearing Clouds
Futurist Jack Uldrich’s Predictions for 2012
The Future Will Be Cheap
Watson, Come Here: A Clue to Cancer