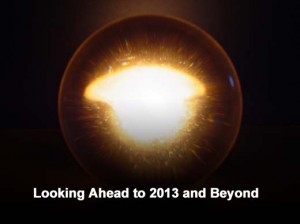 #1. First Heart A-Hack Victim. In January, an Arizona socialite will be charged with murder after it was uncovered she hired a former disgruntled employee of a leading medical device firm to hack into her cheating husband’s pacemaker and deliver a lethal shock to his heart. Shares of the company’s stock will plummet on the news and untold numbers of pacemaker-wearing philanders will be “shocked” into relearning that old adage: “Hell hath no furry like a woman scorned.”

#2. A “Home-Colleged” Billionaire. Unlike Bill Gates and Mark Zuckerberg who at least attended a semester at Harvard before dropping out, the world’s latest young billionaire genius will be a 19 year-old Greek-Canadian immigrant who has never set foot on a college campus. This teenager managed to educate herself entirely through free-online courses offered by Udacity, Coursera and EdX. In a related story, dozens more of the world’s leading professors will announce plans to join the MOOC (Massive Open Online Course) movement.

#3. Giving Passwords the Finger. Tired of remembering countless number of passwords? (Or, perhaps, you’re just tired of typing the same password into countless different accounts.) Well, 2013 is likely to offer some relief as a Silicon Valley start-up will unveil a sensor capable of reading your thumbprint via a small piece of silicon located under the glass of your mobile device. So, yes, you can finally give the finger to too many annoying passwords. Two thumbs up!

#4. Self-Driving Ms. Daisy. Taking advantage of the new 2012 California law authorizing the use of self-driving automobiles, a leading grocery retailer will announce a trial program to chauffeur elderly customers to a select number of stores in the San Francisco Bay area where patrons will be able to grocery shop, have prescriptions filled, as well as, visit the in-store health clinic. Initially, the brightly colored vehicles will have a company employee in the front passenger seat to appease first-time users but the expectation is that customers will soon warm to the chauffer-less chauffer service.

#5. The Everlasting “Gabstarter.” Not to be mistaken with Willie Wonka’s fictional “Everlasting Gobstopper”—a candy that can never be finished—the “Everlasting Gabstarter” will be the first life-long textbook. Dedicated to the subject of neuroscience—a field estimated to be doubling in knowledge every two years—the textbook will be continuously updated through a collaborative process. How neuroscience students will replace the “beer money” they used to get at the end of the year by selling their used textbooks back to the campus bookstore remains unclear. 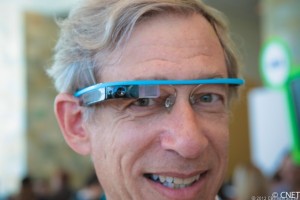 #6. Coming to a NeighBORGhood Near You: Google Glasses and Robotic Suits. In the coming year, you will see the first of your neighbors wearing augmented reality glasses. The devices, which make the wearer resemble a semi-cyborg, will either come from Google or Vuzix. You may also spot a person wearing an exoskeleton robotic suit for the first time. The person wearing the device won’t be mistaken for the terminator; she is most likely to be the elderly neighbor you used to see cruising your neighborhood on a “walker.”

#7. Shop Class Goes Techno-Nerdy. Fueled by the plummeting cost of 3D printers and the explosion in the number of items now capable of being built by additive manufacturing, a growing number of high schools will reinstitute shop class—albeit with a distinctly 21st century flavor: By offering programs in 3D manufacturing.

#8. Putting the “Civic” Back in Center. Fed up with the loss of jobs and the sense of community that large box retailers, outsourcing and automation have created in their community, a mid-sized Midwest town will embrace “conscious capitalism” and create its own retail store. The store, which will hire only town residents, will pay a “livable” wage and offer partial health and retirement benefits. By using social media to trumpet its claim of “Making the Community Work By Putting Citizens to Work,” the town retail shop will post a modest profit while eroding revenues of nearby big box retailers by 13 percent. In a further boost to the local economy, the Chamber of Commerce will host a growing number of inquiries from small business owners looking to relocate to the community.

#9. “Cyber Monday” Does Dark. On the Monday following Thanksgiving 2013—the largest Internet retail day of the year—a sophisticated cyber attack will be directed against the world’s top online retailers. Although no group will claim immediate responsibility for the attacks, government officials will suspect the hackers were supported by the Iranian government and were launched in retaliation for the internationally imposed economic sanctions that have throttled Iran’s economy. Days later, a top Iranian military official will become the first victim of a self-guided bullet. Neither the U.S. nor Israel will confirm its involvement in the assassination.

#10. Digital Graffiti. No longer satisfied with posting stinging online reviews or anonymously bashing corporations via social media, a growing number of people will take to leaving “digital graffiti” on physical edifices. The graffiti, which will be visible (via augmented reality) by holding up a smartphone to each physical location was initially a response by tech-savvy citizens tired of being bombarded with geo-targeted advertisements. By years end, the phenomenon will grow into a recognized art form as the best and most clever digital graffiti will have gone viral—much to the consternation of the businesses being criticized, harassed or lampooned.

#11. Watson, Come Here … and Don’t Leave. IBM’s “Watson” supercomputer will officially pass the California state medical school exam and will be “hired” by a growing number of hospitals to help diagnose diseases. Unlike a typical intern who survives on four hours of sleep for a day or two, Watson can—and will—work around the clock. As an added benefit, its performance will increase, and not diminish, the longer it works.

#12. When It Absolutely, Positively Needs to Get There Overnight, Use a Drone. A global courier delivery service will announce it is experimenting with the possibility of delivering certain items to remote locations via Unmanned Aerial Vehicles (UAVs or drones). The pilot project—or should I say “pilot-less” project—will initially be conducted in Alaska due to FAA concerns that the drones may interfere with other commercial aircraft. If successful, the company hopes to employ 10,000 drone flight operators by 2020. 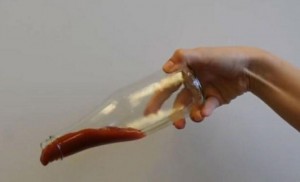 #13. “Good to the Last Drop” Ketchup: Taking advantage of the latest advance in nanotechnology, Heinz ketchup will begin using LiquiGlide technology in all of its ketchup bottles. The nano-coating technology ensures that every last drop of ketchup leaves the bottle. As part of the marketing campaign to tout this latest advance, Heinz will purchase the slogan “Good to the last drop” from Maxwell House for an undisclosed sum.

#14. Don’t Hold Your Breathe, It Can Help Diagnose Cancer. An Israeli-based start-up will bring to market a new “electronic nose” that can diagnose a limited number of cancers, including lung cancer, by detecting the presence of certain molecules in a person’s breathe. Good news to be sure, unfortunately, the device won’t also include a sensor that informs the user he suffers from halitosis. #15. What’s Not to “Like”? A Facebook Credit Card. Facing increased pressure to appease investors, Facebook will announce plans to issue a credit card that links back to users’ Facebook accounts. Each time the card is used, it will act as a “like” for the merchant. This will help millions of small businesses begin engaging their customers in new and more profitable ways. Facebook will make money by not only taking a small cut of every purchase but by selling customer data to businesses. (Privacy advocates will justifiably go apoplectic. Most young consumers—already accustomed to lower standards of privacy—will forego their remaining privacy in exchange for the promise of a 10 percent discount on a Chipotle burrito.)

Jack Uldrich is a professional futurist, best-selling author and popular keynote speaker. He can be reached at 612.267.1212 or [email protected]

Vuja De: A Futurist Looks Back at His Own Predictions