In the Future, It's All a Game 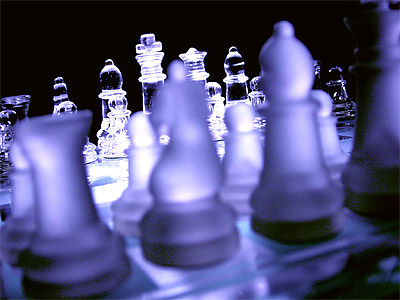 (Editor’s note: The following is an excerpt from my forthcoming book, 20/20 Foresight: 20 Trends Which Will Transform Business in the Coming Decade, which I am writing with the able assistance of fellow futurist Simon Anderson, host of www.futur1st.com. This chapter covers trends in the emerging field of gaming dynamics.)

A restroom in a Japanese pub might be a curious place to catch a glimpse of the future, but if you look closely it’s there. Sega, the large Japanese entertainment company, recently installed four types of “toylet” games designed to influence the users’ behaviors. In one game, “Graffiti Eraser,” the patron attempts to aim at a pressure sensor in the urinal with the goal of erasing the virtual graffiti on a flat-panel screen directly in front of the user. The purpose is two-fold. If the user is successful the restroom stays cleaner. Less obvious is the idea that the person participating in the game is motivated to pay closer attention to the advertisement as it is revealed from behind the virtual graffiti.

Granted, it’s a rather crude method of changing a person’s behavior but the game points toward a growing trend: gaming dynamics–the intentional use of technology and incentives (mixed with a healthy dose of psychology) to influence a person’s behavior in specific manner and/or toward a desired objective.

Let’s follow Todd, a man in his mid-20’s, through the course of a typical day to better understand gaming dynamic’s immense potential.

After waking up, Todd promptly brushes his teeth with his web-connected toothbrush because he knows he will be awarded 100 points for his diligence by his dentist. The dentist will then credit his account and reward him with a 20 percent discount on teeth whitening services when he reaches the 5000 point threshold. Todd continues to brush for a full two-minutes because he also knows Proctor & Gamble is sponsoring a game to encourage good brushing habits. If he brushes twice a day for two minutes each day, Todd will receive a complimentary tube of Crest next time he visits the store.

While eating breakfast Todd is sure to verify, via his “Healthy Eating” app, that he has limited his caloric intake to less than 500 and has eaten the equivalent of five servings of fruit. The information is instantly fed into a Nike-sponsored game call “Lifelog” and it quickly updates to show Todd he has pulled ahead in his quest to best his old college roommate in their contest to see who can add the most years to their avatar. Todd is proud that since he has been playing, he’s added the equivalent of two full years of life expectancy to his avatar. By association, Todd also knows he has been living a healthier life–which is exactly the life-style message Nike is hoping he’ll associate with the game.

After breakfast, Todd debates whether to ride the bus or drive to work. The computerized personal assistant on his smartphone convinces him that while riding the bus will garner him 15 points which can be redeemed at year’s end for a tax credit from the state government of Massachusetts, he should instead opt for renting an automobile from ZipCar, the car-sharing service.

On the recommendation of his girlfriend, Gina, Todd selects a fuel-cell hybrid vehicle because he knows Gina will receive five extra “friend referral” points which she can apply toward her account. Gina is thrilled with his decision because she now has enough points to rent a car for free during her upcoming trip to the West Coast.

Upon getting into the car, Todd immediately looks at the dashboard and notices the previous driver was only able to get the virtual tree on the console to bloom half of its leaves. It is a sure sign the driver wasn’t an experienced “hyper-miler”–a coveted status awarded only to those drivers capable of achieving more than 150-miles per gallon. By accelerating carefully, maintaining an optimum speed and coasting to stops, Todd is easily able to get the entire virtual tree to bloom. In return for his mastery of the “Green Tree” game, ZipCar rewards him with a 5 percent discount–the equivalent of the amount of fuel he saved compared with the average driver.

By virtue of his driving prowess and the city of Boston’s new game, “Ride Share,” which was designed to take cars off of the city streets by encouraging people to carpool with others in their broader social network, Todd is once again able to get to work early. His early arrival is recorded by his employer who is aware he has been at work early the equivalent of one full week in the past year. In return for his good service, Todd visually notes the pink piggy bank icon on his foldable, flexible electronic tablet has just grown 1 percent–a signal his employer has made good on its promise to make an additional contribution to his individual retirement account in return for extra hours worked.

Moments later, Todd is startled when he hears additional money being dropped into his account. He looks at the accompanying text message and sees it is a notice from the federal government. Todd has just met the minimum savings requirement under the government’s new trial game, “Your choice, your retirement” game. In return for his frugality, Todd has received the equivalent of an additional two percent savings bonus from Uncle Sam. The game was instrumental in convincing younger voters to agree with the president’s plan to reform the Social Security system.

Following lunch, Todd signs-in to the latest version of FoldIt, an immersive 3D game that allows players to virtually fold proteins in an effort to cure diabetes. The game’s popularity has skyrocketed since it was instrumental in curing Alzheimer’s. In an effort to assess the game’s progress, Todd’s employer, a DNA testing company, has given him $10,000 in virtual currency, which he can wager on the date a cure for diabetes might be achieved. Todd’s bet is then aggregated with those of his fellow employees. Company management reviews the results because it understands the aggregated, crowd-sourced predictions routinely beat the predictions of experts and it will use this predictive group intelligence to determine when to begin marketing their new genetic test for diabetes.

After work, Todd goes to his health club where he jumps into the virtual boxing ring to let off some of the stress of his job as a genetic health counselor and spars against an opponent from Vladivostok, Russia for seven rounds. Todd is about to quit when the sensors on his Reebok workout shirt alert him that his old roommate went 10 rounds earlier in the day and burned 750 calories. After Todd matches his buddy’s total, he’s notified that he’s within reach of meeting the standard required by his insurance company to receive a reduction on his health insurance premium under its “It Pays to Lose” game. Exhausted, Todd presses on and completes a full 15 rounds. His reward is a $50 savings off next month’s insurance bill.

To celebrate, using the geo-locational service Foursquare, Todd finds those friends in the vicinity of his health club and asks if any of them are up for grabbing a drink. An ad for Dusty’s Bar & Saloon pops up on his phone and notifies him that if four or more of his friends join him at the bar they will all receive “Happy Hour” prices for the entire evening. Todd’s friends compare that deal with the others they have just received and quickly decide it is the best deal. One friend, however, misses out on the deal because she, like a growing number of people, are swearing off anything that employs gaming dynamics. (In her case, she soured on the concept after receiving a poor grade in her MBA program from a professor who based final grades on the number of “experience points” a student accumulated over the course of a semester.)

Once at the bar, Todd buys the first round because he knows by the flashing nacho icon on his smartphone that he’ll receive a free appetizer as a reward for spending $75 at Dusty’s this month. After he’s polished off his first beer, Todd goes to the bathroom and is confronted with the “toylet” game. He expertly hits the pressure sensors and erases the graffiti, which reveals an ad with a two-for-one coupon off his next beer purchase.

Todd declines the e-coupon but forwards it to his favorite charity, Wildlife Federation, where it is redeemed for a modest cash donation. Todd feels good about the donation but knows the real reason he opted against the extra beer was because he feared the extra calories might cause his old roommate to catch up with him in their game of “A year in the life” as well as put in jeopardy the health insurance bonus he had just worked so hard to win earlier in the evening.

Tired and ready for bed, Todd geo-locates his girlfriend, Gina, who just happened to rent a ZipCar. She happily picks him up because she knows she’ll get extra tax credit points from both the city and state governments. After dropping him off at his apartment, Todd goes to bed … but not before brushing his teeth.