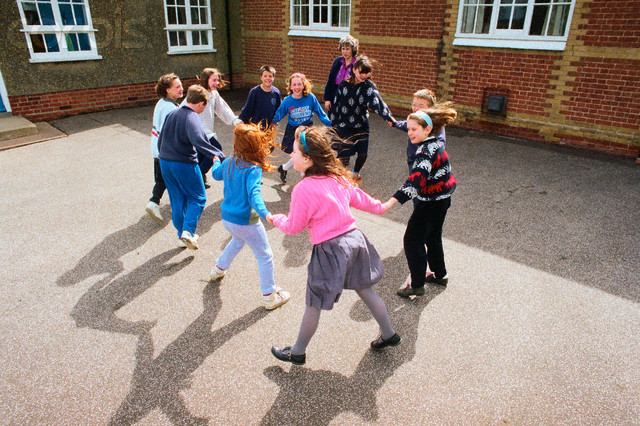 A mandatory recess might not sound like a sure-fire path to prosperity, but providing employees a period of unstructured free time to pursue activities of their choosing can be very beneficial. A handful of companies have already instituted such policies. Among some of the better known companies are Google, Genentech, and 3M.

All three companies have policies that allow some of their employees to spend anywhere between 15 percent and 20 percent of their time pursuing independent projects of their own choosing. In essence the companies are giving their employees permission to play.

3M has been a proponent of this practice for the longest period of time. According to company officials, the practice dates back to the 1920s when an employee reportedly disobeyed an order to abandon a project and ended up creating Scotch masking tape–one of the most successful products of all time.

One of 3M’s better known and more recent success stories is that of the Post–t Note, which was developed by an employee who, because of 3M’s policy, was free to pursue the project.

The benefits, though, go beyond these isolated successes. 3M has an incredible history of developing new products. For years the company has publicized the fact that 50 percent of its annual revenues can be traced back to products that were developed within the past five years.

One of the reasons it has been able to regularly achieve this goal is because employees have been encouraged to innovate and have then been given the freedom to pursue new ideas. The mandatory recess policy has not only reinforced the idea that continued innovation was critical to the company’s success, it has given management the confidence to stay focused on ideas that at first might have seemed either like dead ends or were too off the wall to pursue.

Another company that has embraced a discretionary time policy is Genentech. For the past few years the biotechnology company has consistently been ranked as one of the best places to work in America. There are many reasons for this, but one is because it allows its scientists discretionary time to pursue independent projects–in some cases up to 100 percent of their time. Genentech officials credit the creation of the anticancer drug Avastin–a product with over a $1 billion in annual sales–to its “discretionary time” policy.

As I explained before, the cost of the price of sequencing genes will continue to plummet due to the creation of ever faster computers and more sophisticated gene sequencing techniques and tools. As these things occur, not only will new drug treatments become available, but scientists and researchers are more likely to find innovative solutions to create drugs that are increasingly tailored to individual users.

Finally there is Google. In many ways, it has the boldest recess policy because it applies to all of the company’s employees (3M’s and Genentech’s programs are limited to its scientific and R&D staffs). Among the programs company officials attribute to its policy are the creation of Google News Service, Orkut (its social networking site), and Gmail.

In addition to generating new innovative products, mandatory recess offers one additional benefit that is hard to quantify, but is nonetheless extremely important: It is a powerful recruiting and retention tool. There is a fierce battle to attract and retain talented workers. One of the reasons Google, Genentech, and 3M are doing as well as they are is their policies send a clear message to prospective employees: The company trusts them to pursue interesting and important projects that they believe are in the company’s best long-term interests.

By giving workers this freedom, companies accrue one additional benefit. Employees now have a way of not simply meeting expectations–they have a way of surpassing them.

If you want employees to jump the curve, you have to give them the time and space to jump. As I will continue to demonstrate throughout this website, there will be no shortage of wild ideas and strange possibilities arising due to exponential advances in technology. Consider just a few of the possibilities that the emerging science of nanotechnology might enable materials scientists to play around with. For instance, plastic, glass, and steel are already being made stronger, lighter, more flexible and, in some cases, self-cleaning. Soon self-healing materials, flexible electronics, and solar fabrics will be on the market. Some of these advances will lead to innovative new products and applications. Thinking up new ideas will require people to follow their hunches and, sometimes, make counterintuitive jumps in logic. Running such off-the-wall ideas by management could, at best, be difficult. Better those employees just be given some mandatory recess time to pursue their ideas.

Jump the Curve Strategy #11: Park ‘n Save with Robots

Jump the Curve Strategy #10: Get in Touch with All of Your Sensors

Jump the Curve Strategy #6: Let the Computer Do It

Jump the Curve Strategy #5: Bet On It

Jump the Curve Strategy #3: Look to the Kindness of Strangers

Jump the Curve Strategy #2: Take a Bird’s Eye View of the World

Introduction to Chapter Two: The Power of Zenzizenzizenzic

Welcome to the Exponential Economy: Prepare to Jump the Curve

Introduction to Jump the Curve