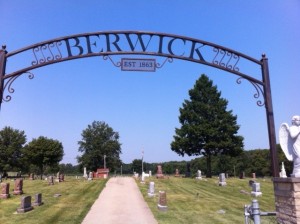 In my new book, Higher Unlearning: 39 Post-Requisite Lessons for Achieving a Successful Future, Lesson #1 is entitled “Unlearn or Die.” In the short chapter, I recount the story of how it took the British Navy 247 years from the time it discovered citrus fruit prevented scurvy to the time it actually implemented an official policy prescribing such fruits for every sailor.

It’s easy to laugh at the slowness and foolishness of Britain’s 17th, 18th and 19th century bureaucracy and think we’re so much smarter today.

Unfortunately, we are not. While hopefully it won’t take 247 years, many healthcare professionals still don’t regularly wash their hands; many others don’t follow simple checklists (which have been proven to save lives and reduce costs); and only a small minority regularly utilize one of the most valuable tools at their disposable–the knowledge of their own patients.

These lessons have been painfully obvious to Don Berwick for close to three decades and he is the inspirational founder of both the 100,000 lives campaign and the 5 million lives campaign. Berwick started these initiatives because he understands how many deaths are utterly preventable.

Ironically, as I was driving to deliver my keynote on unlearning to the Iowa Healthcare Collaborative yesterday, I passed this small, lonely cemetery between Ankeny and Altoona, Iowa. It’s called Berwick Cemetery.

Don Berwick, however, is trying to create an “anti-cemetary” in which 100,000 to 5 million people aren’t pre-maturely buried.

It’s a worthy goal but, if society is to achieve it, it’ll require a great deal of unlearning.

Interested in some other “anti”-strategies to help you unlearn? Consider these old posts:

What’s on Your Anti-Resume?