Unlearn or Die Even More Unneccesarily 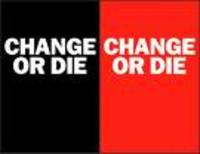 A few weeks back I had a posting  entitled "Change or Die … Unnecessarily” in which I provided a few examples of how our inability to unlearn could, quite literally, cost some people their lives. Well, the other day, one of my favorite thinkers, Josh Wolfe, sent me a copy his weekly newsletter, The Forbes/Wolfe Weekly Insider. In it, he unveiled some startling research from a forthcoming book: apparently, six times as many people died in their cars from the 9/11 terrorist attacks as did the number of people who died in planes.

The authors don’t state their research in quite this bold of a fashion; nevertheless this is one implication of their finding. On the face of it, the idea sounds absurd — everyone knows only a few hundred people perished in the airplanes that crashed into the Twin Towers, the Pentagon, and in the rural field in Pennsylvania.

Essentially, it is the author’s contention that because millions of people refused to fly after the 9/11 attacks — and instead chose to drive (which is demonstrably more risky in statistical terms than flying) — an estimated 1,595 additional people have since died as a result of the 9/11 attack than is generally recognized.

If these people could have unlearned that their fear of flying was an irrational act because it caused them to engage in an even riskier activity, it is likely they would be alive today.

On a somewhat related note, I recently received a copy of a powerpoint presentation from one of the world’s leading epidemiologists, Michael Osterholm. In it, he coherently argues that the United States is woefully unprepared to deal with the very real possibility of a major pandemic.

Interestingly, in his slides, Osterholm makes the point that it possible that more people will die from non-influenza-related deaths than from the flu itself.

How so, you ask? Well, much of the pharmaceutical industry utilizes "just-in-time" inventory procedures. In the event of a pandemic; major shipping, trucking and distribution centers will be hampered and maybe even shut down entirely. As a result, hospitals — which already have a dangerously low supply of many critical life-savings drugs — will run out of important drugs in a matter of days.

The effect: people will die unnecessarily. That is, unless, we can unlearn the idea that "just-in-time" inventory for certain critical supplies is not necessarily a good idea.