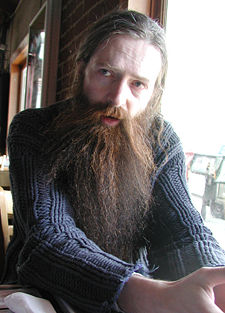 In 1899, just a few years before the Wright brothers achieved their historic accomplishment, Lord Kelvin—then one of the world’s brightest men and most accomplished scientists—declared heavier than air machines to be “impossible.”

He was wrong. To add insult to injury, Lord Kelvin was proved wrong by a pair of bicycle repairmen from Dayton, Ohio.

A few years ago, a relatively unknown computer scientist, Aubrey de Grey, declared that aging should not be viewed as something which will necessarily ultimately result in death. Rather, he theorized that aging is a disease and should be treated as such.

The outcry from the scientific community was similar to Lord Kelvin’s reaction to human flight. One group of scientists even declared that de Grey’s idea was “so far from plausible that it commands no respect at all within the informed scientific community.”

Well, according to this article in Wired, the idea is now beginning to gain some acceptance within scientific circles.

To be sure, society is still a long way from de Grey’s goal of ending again but, as I have written before, I’d encourage people to not dismiss the idea entirely. For if he is right, it will require society to unlearn a great many ideas which it now holds as dear.

In fact, the scale of unlearning our current paradigm of “death as an inevitability” could make other past historic paradigm shifts—such as the idea that the earth is not at the center of the universe (an idea for which Aristarchus was run out of Alexandria and Galileo was forced to recant under edict of the Catholic Church) or Darwin’s theory of evolution—look like child’s play.