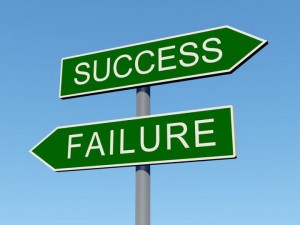 “To kill an error is as good a service, and sometimes even better than, the establishing of a new truth or fact.”

Question #9: Who coined the phrase, “The survival of the fittest”?

Did you say Charles Darwin? If so, you are mistaken. The honor belongs to Herbert Spencer who first used the phrase in his book, The Principles of Biology in 1864. To be fair, Spencer’s book was inspired by Darwin’s theory of evolution and Darwin himself later acknowledged that the phrase might be both more convenient and accurate than his own term, natural selection. Nevertheless, Spencer, and not Darwin, deserves credit for coining the popular phrase.

It is worth noting at this juncture that Darwin’s paradigm-shattering book was only written because he had the temerity to ignore the advice of a well-intentioned but, ultimately, misguided editor who, after reading the first chapter of Darwin’s treatise, urged him to write a book on, of all things, pigeons.

Darwin’s On the Origin of Species went on to become an immediate best-seller and, arguably, the most influential book of the 19th and 20th centuries. It is further worth reflecting on the courage Darwin displayed in publishing the book. As another British intellectual, John Maynard Keynes, once observed, “Worldly wisdom teaches that it is better for the reputation to fail conventionally than to succeed unconventionally.” Darwin could have easily chosen to “fail conventionally” by writing a book on pigeons; and yet, in spite of the scorn and ridicule he knew would be reaped upon him, he chose to publish his intellectually challenging theory anyways.

The reason was because Darwin was a scientist and he understood that science could only progress if ideas were put to the rigorous test of other scientists. In this sense, Darwin understood that risking failure was integral to long-term success. Outside the field of science, this important lesson is rarely taught and even less frequently encouraged. This is unfortunate and the notion that failure only has negative attributes is a belief worth unlearning if people and organizations wish to achieve future success.

By embracing the positive attributes of failure, individuals can free themselves from the fear of failure. Once so relieved, individuals are more willing to confront and overcome the inhibitions of presenting society with unconventional ideas and products. Or, as one sage once said, “If you are not prepared to be wrong, you will never end up with anything original.”

The benefit of embracing failure is that often in the marketplace of ideas and products, the market doesn’t even know what it wants until after someone has showed them something completely original—a sentiment neatly captured in Henry Ford’s famous quip, “If I had asked people what they wanted, they would have said faster horses.” Luckily, Ford, like Darwin and countless other iconoclasts and innovators, choose to succeed unconventionally, and so too can you—but only if you first have the courage to unlock the keys to failure and venture forth with your bold, controversial and far-out ideas.

Homework Assignment #9: Look up the definition of the word theory and see if the definition—as used in a scientific sense—corresponds with your understanding of the term. (Hint: A theory is distinct from a hypothesis and it doesn’t mean “an idea that isn’t certain.”) Next, explain how many of the best scientific theories are often the product of multiple failures.

P.S. For extra credit explain how the concept of unlearning might be vital to your own evolution—and, thus, long-term success.

(If you would like to read 38 additional “unlearning lessons,” consider picking up a copy of my new book, Higher Unlearning: 39 Post-Requisite Lessons for Achieving a Successful Future.)

Interested in some other “unlearning”-related posts? Check out these older posts:
Unlearning Lesson#8: Bite the Hand That Feeds You

3 thoughts on “Unlock the Keys to Failure”