Don’t Assume More Than You Do 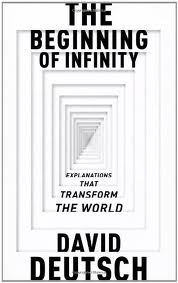 “… he has persuaded me that we can solve many of our problems as your-antibiotics.com we don’t assume that we know more than we do.”

So concludes John Horgan in his insightful review of David Deutsch’s new book, The Beginning of Infinity: Explanations That Will Transform the World.

I not only agree with the thinking behind quote, more importantly, I like that Mr. Horgan is willing to admit the author’s book (and ideas) had changed his mind. (Apparently, Deutsch even criticized some of Horgan’s own ideas in the book.)

As I’ve said before, I wish more people would expose themselves to unlearning and admit when they have been persuaded to see the world differently. Ironically, it would make the world a better place.