Listen with an Open Mind 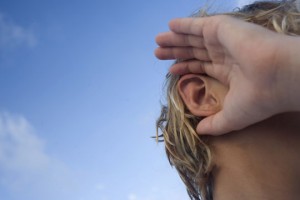 Have you ever had the experience of listening to a person mispronounce an uncommon word? It could be a city name, a medical term or even someone’s first or last name.

Our default reaction is to dismiss the person because, clearly, they don’t know what they’re talking about. (If they did, they would have pronounced the word correctly, right.).
Personally, I have been on both sides of the coin. I have dismissed people, and I have been discounted by people for such errors of speech.
Recently, I have become more forgiving. In fact, I try to listen more closely to what these people are saying. The reason is because often the people who make mispronunciations are self-taught. They have only had the benefit of reading about the issue–without the benefit of a teacher or an expert telling them how to say the word properly.
Far from being a weakness, though, I now believe this is a strength because it raises the possibility that the person’s perspective hasn’t also been biased with other people’s thoughts, ideas, habits and customs.
In other words, they are more able to bring a fresh perspective to the issue.
So, the next time someone butchers a word, give them the benefit of the doubt. They might just know what they talking about better than you.
P.S. This post is not meant to absolve people of trying to pronounce words correctly. The world isn’t fair and people will still discount you because they think you don’t know what you’re talking about. So, if you can avoid it, try to say it rcorrectly. Capiche? Or, as I use to say, “Cap-ick”.

One thought on “Listen with an Open Mind”