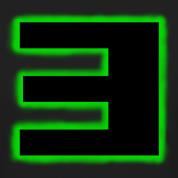 Lesson #7: Question the Wisdom of Experts

In a fascinating study conducted by Adam Galinsky of Northwestern University’s Kellogg School of Management, Galinsky and his colleagues found that the more power an individual possessed, the more likely the person was to draw the letter from their perspective—making it appear backwards to others. In fact, individuals assigned to a high power group were three times more likely to draw a self-oriented “E.”

The study concluded that power causes individuals to assign too much weight to their own viewpoint and makes them less capable of adjusting to, or even considering, another person’s perspective.

This finding is worth keeping this study when listening to any expert discuss a new idea. For instance, in 1899, Lord Kelvin, then recognized as one of the brightest individuals in the world dismissed the work of the aviation enthusiasts by saying “Heavier than air machines are impossible.” A mere four years later, Kelvin was forced to eat his words when two bicycle repairmen from Dayton, Ohio, Orville and Wilbur Wright, struck out from the sandy dunes of Kitty Hawk and achieved flight.

In the mid-1980’s, a conference full of ulcer experts ridiculed the work of Barry Marshall when he proposed that ulcers were not caused by acid or spicy food—as ulcer experts assumed at the time—but rather were caused by bacteria. It took 10 years but eventually the American Medical Association (AMA) agreed and, in 2005, a full two decades after he first proposed his theory, Marshall and his colleague, Robin Warren, were awarded the Nobel Prize in Medicine.

That experts should be threatened by new ideas is to be expected. After all, it is difficult to accept the notion that years of well-intentioned study, research and effort were misplaced. It is equally problematic to accept that the foundation of one’s power—one’s status and standing in the eyes of society—was based on a flawed premise.

What is even more troublesome is that rather than keeping an open mind and entertaining new ideas which may challenge one’s expertise, many experts do just the opposite and perform the equivalent of writing a backwards “E” on their forehead and refuse to consider new alternatives. Often, they’ll even go a step further and use their status as experts to ridicule and belittle the new idea in question.

The problem is further compounded because experts are often extremely intelligent and are able to lay out in articulate and plausible sounding—but, ultimately, wrong—arguments as to why the new ideas should be dismissed.

New ideas, by their very nature, challenge old ideas. It is dangerous, therefore, to cede sole control of the assessment of new ideas to the very group which would be most threatened by the adoption of these ideas.

It is, of course, entirely reasonable that experts be allowed a role in assessing new ideas but before anyone accept their word as “gospel” they should insist that the experts take a moment and write the first letter of “expert” backwards as a reminder that expertise doesn’t necessarily equal correctness and that they must stay open to new perspectives.

Homework Assignment #7: In 1933, what brilliant scientist uttered this famous quote: “There is not the slightest indication that nuclear energy will ever be obtainable”? Hint: His name began with “E” and he later publicly reversed his position in a letter to President Franklin D. Roosevelt.

Extra credit: After the near meltdown of the global financial market in 2008-2009, what other group of experts might have benefited from entertaining a new perspective?

(P.S. If you would like to read 38 additional “unlearning lessons,” consider picking up a copy of my new book, Higher Unlearning: 39 Post-Requisite Lessons for Achieving a Successful Future.)

Interested in other “unlearning”-related posts? Check out these older posts:

Lesson #6: Study at an Anti-Library
Lesson #5: Don Not Feed Creatures of Habit
Lesson #4: Argue with Yourself: It’s Not Debatable