Can a Single, Simple Small Act Change the World? Yes!

Posted in Generation RE, Optimism, Wisdom 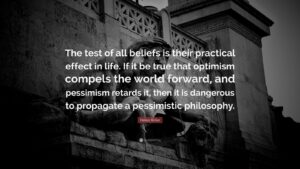 Can a single penny make you rich? On its face, the question is ridiculous. Of course one penny can’t make a person rich. And, yet, if you were given one penny after another, you must acknowledge that after the one hundredth penny you’d have one dollar. After the one thousandth penny, you’d have ten dollars. Ten bucks is nothing to sneeze at, but it’s certainly nowhere near anyone’s definition of rich.  Following the logic of the exercise, however, after the one millionth penny, you’d be up to ten thousand dollars; and after 100 million pennies, you’d reach one million dollars.

At this point, many people–but not all–would be forced to accept that somewhere along the way a single penny had pushed them over their definition of rich. If the exercise then continued all the way to one billion pennies–or  $10 million–any sane person would say “yes” they had become rich. This scenario is known as Sorites Paradox and, in a counter-intuitive manner, it proves a single penny can make you rich.

Now let me ask you if picking up a single piece of stray plastic trash, sowing a single milkweed seed, planting one tree, turning up your thermometer just a single degree in the summer, or composting a lone piece of soiled food (or any number of other small, seemingly meaningless acts) could change the world? With the penny scenario and Sorites Paradox in mind, you must acknowledge that if you and enough other people keep piling up tiny act after tiny act that the world would indeed change.

So go ahead, pick up that one piece of trash up off the ground, place that lone milkweed plant on the balcony of your urban apartment (to feed Monarch butterflies), plant one tree in your yard (to help reduce your carbon footprint), compost that one overripe banana (to stop methane, another potent greenhouse gas from escaping into the atmosphere), and turn up your thermometer one degree in the summer (or down one degree in the winter) because here is what will happen: At some point, together, we will change the world!

The paradox is this: The best way to change the world is to change yourself. By changing yourself, others are more likely to see your small, modest act and model similar behavior. In time, as more people see and hear of their friends, neighbors, colleagues and even strangers performing these small acts, the acts will become normalized and, in time, a new culture will emerge.

I am not naive enough to believe this will happen overnight but as Helen Keller once said, “The test of all beliefs is their practical effect in life. If it be true that optimism compels the world forward, and pessimism retards it, then it is dangerous to propagate a pessimistic philosophy.”

Personally, I am optimistic that we will change the world one tiny act at a time. I hope you, too, choose to act in an optimistic manner. Together, we can save this beautiful planet for all species and for future generations.

Jack Uldrich is the author of “The RE Generation: Sowing the Seeds for a Future of Reimagination, Reconnections, and Regeneration” (Fast Company 2022)

The Future of Wealth: It’s Time to Redefine What It Means to Be Wealthy