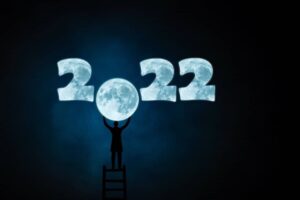 The future does not always arrive with a bang. The ten trends outlined below may not alter the world in an immediately noticeable manner in 2022 but they will arrive this year, and each holds the seeds to make the world a more beautiful place. Leaders are encouraged to take the trends seriously because they just may arrive sooner than expected.

Jack Uldrich is a leading global futurist, the author of 13 books, and is a popular keynote speaker.