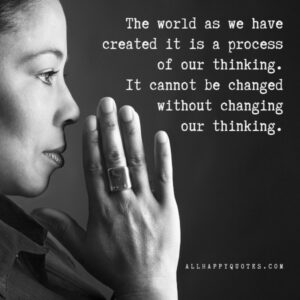 Think Fast: I am fond of saying “Today is the slowest rate of change you’ll ever experience again.” To this end, here are just three articles from yesterday’s news that caught my eye: An All-Electric Airplane Takes Its Maiden Flight, Tiny Oregon Town Hosts First Hybrid Clean Power Plant, and Amazon Has a New Plan for it Home Robot: To Guard Your Life. Each respective trend–all-electric airplanes, hybrid power plants, and home robots–could transform the world around us in some interesting and power ways. Something to think about!

Think Big: Last year, I shared an article about ClimeWorks, an Icelandic company, which is using Direct Air Carbon Capture to suck CO2 out of the atmosphere. The company’s first machines can only pull 4,000 tons of CO2 from the atmosphere. It is an impressive technological accomplishment but the amount is nowhere close to what will be needed to become an effective tool in the battle against CO2 emissions. ClimeWorks, though, recently announced it is in increasing operations to pull 36,000 tons out of the atmosphere every year. Still, this is a proverbial drop in the bucket. The story doesn’t end there, however. Now another company, CarbonCapture Inc, is building a similar technology to pull millions of tons of CO2 from the air. In time, both companies hope to scale from millions of tons to billions of tons. This will take time (almost two decades) but it is a positive development.

Think Bold: Single use plastics are scourge. Of course, the material is inexpensive and offers users around the world a great deal of convenience but such convenience comes at an extraordinary cost. Many single-use plastics take thousands of years (or more!) to breakdown–and when they do they leave behind a toxic residue. (I hope we can all agree that leaving behind such a mess for our future descendants is deeply unfair.) Hope is on its way, though. Researchers at the University of British Columbia have developed a new wood-based cellulose that can be used as packaging that will safely decompose in 3 weeks.

Think Bigger: Long-time readers will know that there are already driverless vehicles operating in Phoenix, San Francisco and Las Vegas. This trend could accelerate much faster than most people realize due to the extraordinary advances being made in artificial intelligence. This article about the London-based, Wayve, explains why driverless vehicles may be coming to a street near you sooner than expected.

Think Green: As the mid-term elections heat up, here is something for all of us to think about–fake news. Mark Twain once famously quipped, “A lie can travel halfway around the world before the truth can even put its pants on.” Twain was definitely ahead of his times. Earlier this week, a rumor that the Chinese president, Xi Jinping, was under house arrest quickly–and I will reiterate falsely–spread around the world. The rumor has since died down, but it should serve as a cautionary tale for all of us to check—and then double-check–the source and veracity of all news reports before we mindlessly pass them along. (Hint: If a rumor sounds too good to be true, it probably is.)

Think the Unthinkable: In another piece of potentially good news, chemists at UCLA and Northwestern may have discovered a way to render “forever chemicals” (or PFAS) harmless. In other words, instead of leaving vast amounts of toxic chemicals for future generations to deal with, we may soon have a way to deal with this awful problem.

Afterthought: “When the root is deep, there is no need to fear the wind.”